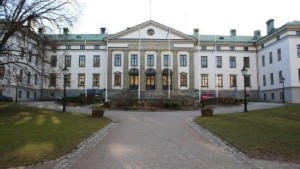 The CPMR Baltic Sea Commission Executive Committee met at Stockholm County Council, at the invitation of its President, Ms Annika Sandström, on 4 October 2017. On the agenda of the meeting was, amongst other things, the follow-up of the 8th EUSBSR Annual Forum, the work of the three BSC Working Groups and the policy priorities of the Baltic Sea Commission.

Jairi Saino, President of the CPMR Baltic Sea Commission, congratulated the Secretariat for its successful support in co-organising, together with the German Ministry for Foreign Affairs, the 2017 EUSBSR Annual Forum held in Berlin last June. More information on this event can be found here. He underlined that the Baltic Sea Commission will take an active part in the 9th EUSBSR Annual Forum which will be organised on 3 -4 June 2018 in Tallinn.

During the Executive Committee meeting, the Chairs of the three Baltic Sea Commission Working Groups provided participants with an update on recent and planned activities.

Ms Tiina Perho, Region Southwest Finland, Chair of the Maritime Working Group, said that she will be participating in the event “Beyond 2020: Supporting Europe’s Coastal Communities” to discuss how the EMFF is helping to support the implementation of the Common Fisheries Policy and Maritime Policy for the 2014-2020 programming period. More information about the event can be found here.

Kai Holmberg, Region Kymenlaakso, Chair of the Transport Working Group presented the outcome of the high-level conference “Connecting Europe” organised by the European Commission on 21-22 September in Tallinn. The conference focused on investments in the EU’s Trans-European Transport Network (TEN-T) and on the Connecting European Facility instrument (CEF). More information can be found here.

Mr Richard Sjölund, Region Ostrobothnia, Chair of the Renewable Energy Working Group informed participants about the project “Learning Among Regions on Smart Specialisation” in which the CPMR is an associated partner. For more information about the LARS project, please click here.

Members of the Executive Committee also discussed the activities of the two priorities for 2017-2019 of the CPMR Baltic Sea Commission which were decided at the latest CPMR BSC General Assembly in Berlin. A decision was made for Priority 1 “support for the establishment of a smart specialisation financial platform” to be coordinated by Region Västerbotten. It was decided that Priority 2 “the role of regions in implementing the Sustainable Development Goal’s” would be coordinated by Region Norrbotten.

During the meeting, at the invitation of the CPMR Baltic Sea Commission, Maria Leissner, former General Secretary of Community of Democracies, current Ambassador at the Ministry of Foreign Affairs, Sweden, gave a keynote speech on the current political state of play in Poland.

The minutes of the Executive Committee meeting can be found here.

The next Executive Committee meeting will be held on 17 January in Brussels.